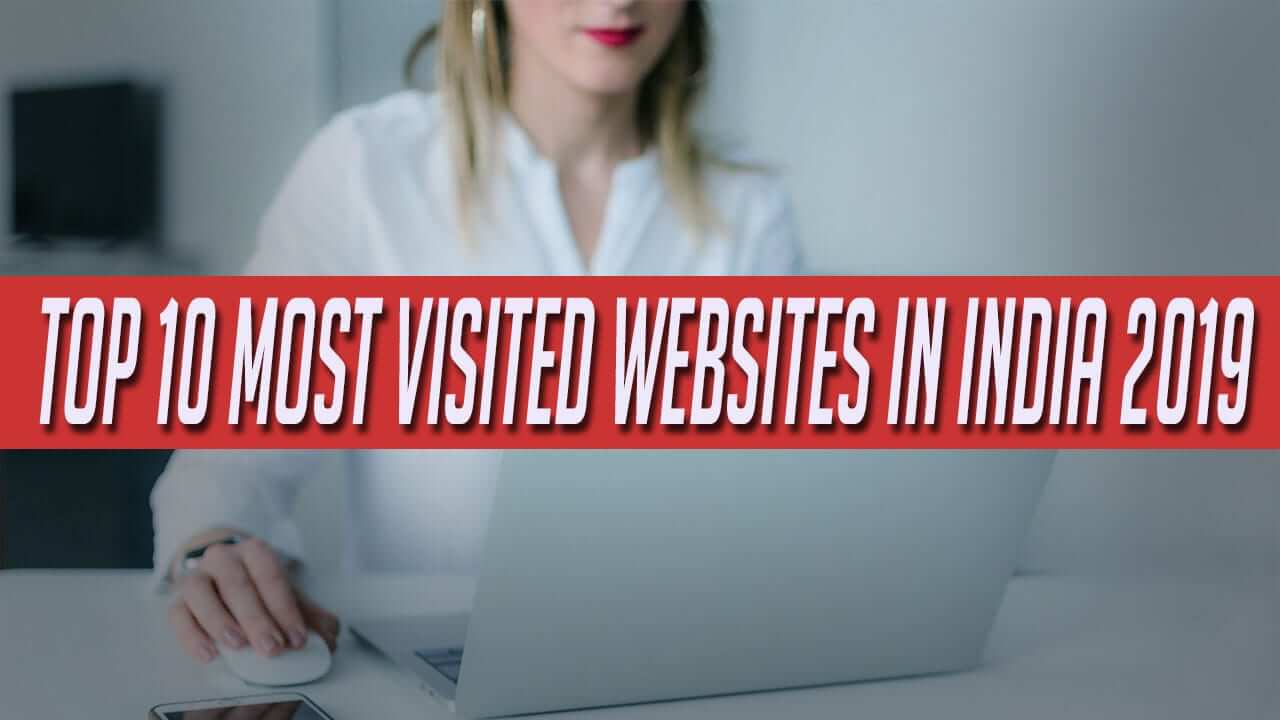 Most Visited Websites In India

So, you have been surfing the web all this time have you ever wondered that about 627 million people use the internet in India. So this makes India the biggest online market ever. Today I have come with the list of the most visited top websites in India, this data is truly based on the Alexa Ranking results and my internet research.

Hotstar is an online streaming platform that was launched in 2015. It generates globally revenue of  $2,359,678 annually from advertisements only. This website holds the ranking of 10 in most visited top websites in India and also holds a global ranking of 149th most visited website in the world. The other countries from where it receives traffic are mainly Pakistan and the USA.

Flipkart is one of the online leading e-commerce websites in India as it has its origin in India. It trusted more than Amazon India in the Indian market and collected revenue of $3.8 billion in the last financial year. It generates advertisements revenue of  $2,628,037 globally. It holds the 9th position in the most visited top websites in India and also holds the global ranking of 145th most visited websites in the world. It mainly receives 96% of traffic from India and the other 4% from the USA.

Wikipedia is the biggest website on the internet that works on no profit. It’s operated by the donations of people around the world. It can be considered as the largest book online which consist of a wide range of information written by peoples like you and me globally. Wikipedia the 5th most visited website of the world and hold the 8th position in the top websites in India.

SBI is India’s largest commercial bank. It provides online banking to its users at onlinesbi.com which is the most popular website in India. SBI has around 41 crores of saving accounts. SBI website is the 101st most viewed website in the world and holds the ranking of the 7th most visited top websites in India.

Yahoo is known as the first search engine and was founded in 1994. It holds the position of the second most used search engine after Google. Besides it’s the 9th most visited website around the world. Most of the traffic of Yahoo comes from the USA.

Facebook is the top most used social networking website in the world. In today’s era, Facebook is part of everyone’s life and influencing everyone directly or indirectly. Facebook has around 2.5 billion monthly active users around the earth. Facebook collects most of its revenue from advertisements.

Amazon is the biggest e-commerce website in India. According to reports Indian’s are shopping more on Amazon than Flipkart but on a revenue basis, Flipkart has overtaken Amazon as it’s revenue for the last financial year was $3.8 Bn vs $3.2 Bn in India. Globally Amazon ships 3 million orders per day.

Everyone knows about Google. It’s the most used search engine of all time. Google.co.in holds the third position of top websites of India. It’s the Indian version of Google. It gave its interface in many Indian languages like Hindi, Bengali, and Marathi, etc. It’s made to search webpages from India only. It has around 8 billion unique page views yearly in India and hold the 3rd position in the top websites in India.

Youtube is the biggest online video sharing service around the world and the most popular websites in India. Here users can upload there own videos and view other videos and give feedback too. Youtube creates most of its revenue from running advertisements in their video. It holds the 2nd position of the most visited websites in India and the world.

Google is the top most website in India and around the world. Thus it’s nothing wrong to say that “Google is the modern God” as we trust Google more than any other person on this earth. If you use the internet and you don’t know about Google you must think twice that are you using the Internet.

I hope you found this post helpful and if you think there should be any other websites in the top 10 websites list comment it below and if you enjoyed this blog post, don’t forget to join us on Telegram.